TIBET HERITAGE FUND (THF) is an international non-profit organization committed to preservation of architectural heritage in general and Tibetan heritage in particular, and to improvement of the lives of people living in traditional and historic settlements through sustainable development. THF also promotes environmentally and climate sensitive architecture.Projects such as rehabilitation of traditional settlements and restoration of historic monuments are designed to primarily benefit the local residents. THF runs a large vocational training program to keep traditional building skills and crafts alive. 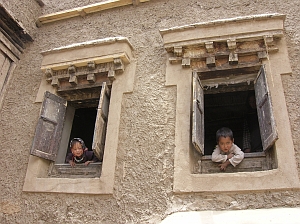 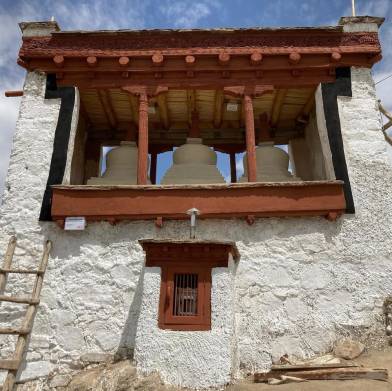 Current projects are the restoration of the West stupa gate, the Rigsum Gonpo shrine and Balay house in Leh old town, and Shel-Zimskhang in Sabu village, Ladakh.
Past projects include the conservation project in Sikkim, the recovery of a 10th century Buddhist stone carving, the design and construction of the Central Asian Museum in Ladakh, restoration of a 14th century monastery in Amdo, and the restoration of a 13th century temple in Ladakh. Many projects are featured in media reports, including a number of recent TV programs, articles and radio shows.Successful projects introduced here include urban conservation work in Lhasa and Leh, and restoration of Buddhist monasteries in Central Tibet, Sichuan, Qinghai, Ladakh and Mongolia, and wall-painting conservation Interactive maps linked to a database provides information about several hundred historic buildings. Reports

and some publications and maps are available for download.